Sometimes called open, deferred, or variable annuities, combine the advantages of drawdown and the benefits of an annuity all in one. Like drawdown, the capital remains invested throughout retirement. Whilst capital erosion is inevitable, this can be offset if positive investment performance is achieved

Income is flexible and reviewed every three years so, unlike most annuities, the rate at the point of retirement does not determine the income you will receive for life. However like drawdown, the rate can be increased or decreased, depending on the value of the fund and current long-term gilt rates.

Unlike drawdown, the rate of income is not linked to Government Actuarial Department (GAD) rates. Whilst GAD rates are low this can be viewed as a strong advantage. Instead, rates are determined by comparing the average of three annuity rates available in the UK.

The member can then select a minimum rate of 50% of the average rate, or up to 120%. For example a client aged 60 with £250,000 in their retirement fund could take drawdown at £12,000 per year. Obviously the more income one takes, the faster the fund value will depreciate.

Just like drawdown, any remaining assets can be passed on to the nominated beneficiaries on death. The assets inside the annuity are outside of the estate of the member and may not be subject to UK inheritance tax.

Investments are flexible, members can appoint a Discretionary Investment Manager (DFM), or invest in a range of insurance company portfolio bonds, property, company shares, corporate bonds, unit trusts, and many other options.

International annuities are available in a range of currencies which can be altered at any time. It is possible to have one annuity but hold several currencies - particularly important if a member doesn't want to expose all of their pension to one currency.

Charges are similar to drawdown but, unlike some annuities fees are unclear as they are built in and there is a mortality subsidy. There is no cross subsidy for international annuities as the insurance company does not retain the fund on death.

Rates and allowances vary significantly from one country to another and it is important that members seek local tax advice when deciding on their retirement income options.

In addition to mainstream investments such as unit trusts, portfolio bonds, investment platforms, QROPS can also invest in international commercial property and other approved assets, subject to Scheme/Trustee Approval.

IFAI provide a risk related approach to portfolio management based on an individual's personal approach and circumstances.  This process includes - accessing investment mix and policy, matching investments to objectives, asset allocation for individuals & institutions and balancing risk against performance.

It is possible for benefits from a QROPS to be paid out with no UK tax, therefore passing on more of the fund to a member's beneficiaries. Certain conditions apply and rules can vary depending on each jurisdiction.

Many UK pension schemes, including stakeholder pensions, have a percentage based charging structure. A QROPS from one of our recommended trustees has a fixed price, all inclusive, initial and annual fees, which could offer a significant saving to your clients as the costs are not linked to the value of the fund.

Only a life lived in the service to others is worth living. 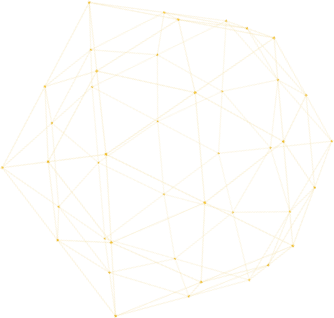